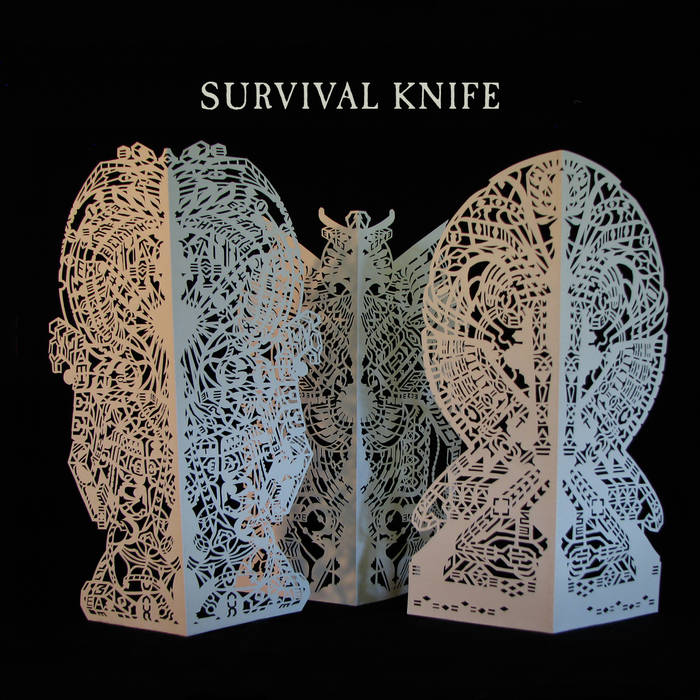 “While Justin's voice and guitar tone are unmistakably his, which hence makes it very reminiscent of Unwound, Survival Knife are quite a different band. For starters, there's no use of the wall-of-feedback trick that was an important part of Unwound. If anything, most of the songs are a lot like Young Ginns or Worst Case Scenario (Trosper and Sandeo band projects of the 90’s), musically, though much catchier. There were slower songs too. Overall, They're more proggy & hardcore. ..and super tight. I admit to being too much of an Amon Düül II freak, but the very complex song structures and live presence reminded me a lot of early AD2....The most important thing is that I've never seen a band with Justin and Brandt look happier. Justin was especially mobile and witty. If I was kinda/sorta into the idea of an Unwound reunion before, that pining is now squashed. I'm much happier to see Survival Knife blow the fuck up in the next year or so instead.” --Ilxor.com thread.

“...That’s right, two of the three founders of Unwound...playing music together. And it sounds very Unwound-y. This is the best, happiest surprise of 2012 so far for fans of that band. Survival Knife performed for the first time in Olympia, WA during the final days of March, and a soundboard recording of that show has been making its rounds across the Internet ever since.” -Swan Fungus website

“When your band played their first ever show, I bet it was a pretty unceremonious event, huh? Like, people didn't drive from out of town to see you play, right? No one immediately started posting audio and video of the performance to the internet because the excitement level was so high, I bet....Or, maybe your band features Justin Trosper and Brandt Sandeno of some old band, that probably nobody ever heard of. Or still constantly talks about how amazing they were, and how their music synthesized everything great about post-hardcore. If that's the case, well, maybe you could scrawl in big letters "ex-Unwound" on the bottom of the flyer for the show and see what happens. That might grab a few folks in from off the street, you know?
...Has anyone else been waiting with baited breath to hear new music from Justin Trosper like I have? Can Survival Knife be the Hot Snakes to Unwound's Drive Like Jehu?” --Shiny Grey Monotone website.

Bandcamp Daily  your guide to the world of Bandcamp

Featured sounds by K.Spark and WIZDUMB, plus Basi joins the show to discuss his latest release.